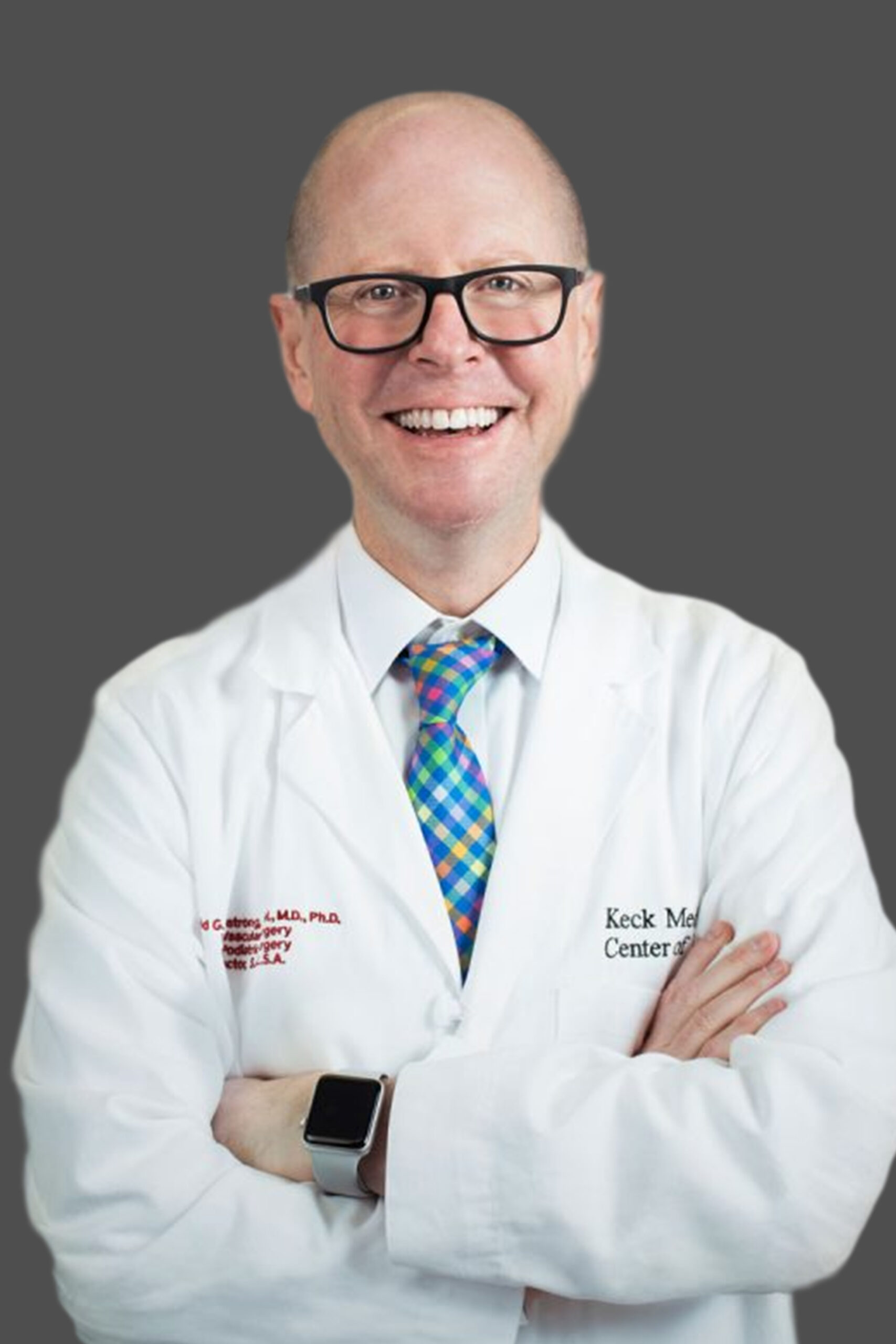 Dr. Armstrong is Professor of Surgery at The University of Southern California (USC) and Director of the Limb Salvage Unit, SALSA. Dr. Armstrong holds a Masters of Science in Tissue Repair and Wound Healing from the University of Wales College of Medicine and a PhD from the University of Manchester College of Medicine, where he was appointed Visiting Professor of Medicine. He also co-founded the Southern Arizona Limb Salvage Alliance (SALSA). Armstrong is the former Deputy Director of the Arizona Center for Accelerated Biomedical Innovation (ACABI) and co-founder of its “augmented human” initiative, which places him at the nexus of the merger of consumer electronics, wearables and medical devices.

Dr. Armstrong has produced more than 500 peer-reviewed research papers in dozens of scholarly medical journals as well as over 75 book chapters. He is co-Editor of the American Diabetes Association’s (ADA) Clinical Care of the Diabetic Foot, now entering its third edition.

Dr. Armstrong is the recipient of numerous awards and degrees by universities and international medical organizations including the inaugural Georgetown Distinguished Award for Diabetic Limb Salvage. In 2008, he was the 25th and youngest-ever member elected into the Podiatric Medicine Hall of Fame. He was the first podiatric surgeon to become a member of the Society of Vascular Surgery and the first US podiatric surgeon named fellow of the Royal College of Surgeons, Glasgow. He is the 2010 and youngest ever recipient of the ADA’s Roger Pecoraro Award, the highest award given in the field.

Dr. Armstrong is past Chair of Scientific Sessions for the ADA’s Foot Care Council, and a past member of the National Board of Directors of the American Diabetes Association as well as a former commissioner with the Illinois State Diabetes Commission. He sits on the Infectious Disease Society of America’s (IDSA) Diabetic Foot Infection Advisory Committee and is the US appointed delegate to the International Working Group on the Diabetic Foot (IWGDF). Dr. Armstrong is the founder and co-chair of the International Diabetic Foot Conference (DF-Con), the largest bi-annual international symposium on the diabetic foot in the world.

Dr. Armstrong has worked with many US Health Systems (VA, Kaiser, private) and international ministries of health to develop programs and protocols that have led to decreases in amputations and costs, worldwide. His trainees are running amputation prevention units at many of the nation’s largest universities and other programs around the world.

GO BACK TO APEX LEADERSHIP